On Thursday December 3, Year 8, performed ‘Oliver’ in the school theatre.  The hall was packed with proud families,  anxiously waiting for the production to begin – and they were not disappointed.  From the moment the cast Year 8 trudged up the aisle, bowls in hand, singing Food Glorious Food,  it was clear the performance was going to be a success.  The children acted, sang and danced with great enthusiasm and confidence to songs such as ‘Consider Yourself’, ‘ Oom pa pa’ and ‘Who will Buy?’. The small cast of only sixteen children meant most took on two parts, which involved a lot of costume changes! These were very skilfully managed however, as were the scene changes and there was never a long gap between scenes. The sets were simple but very effective. 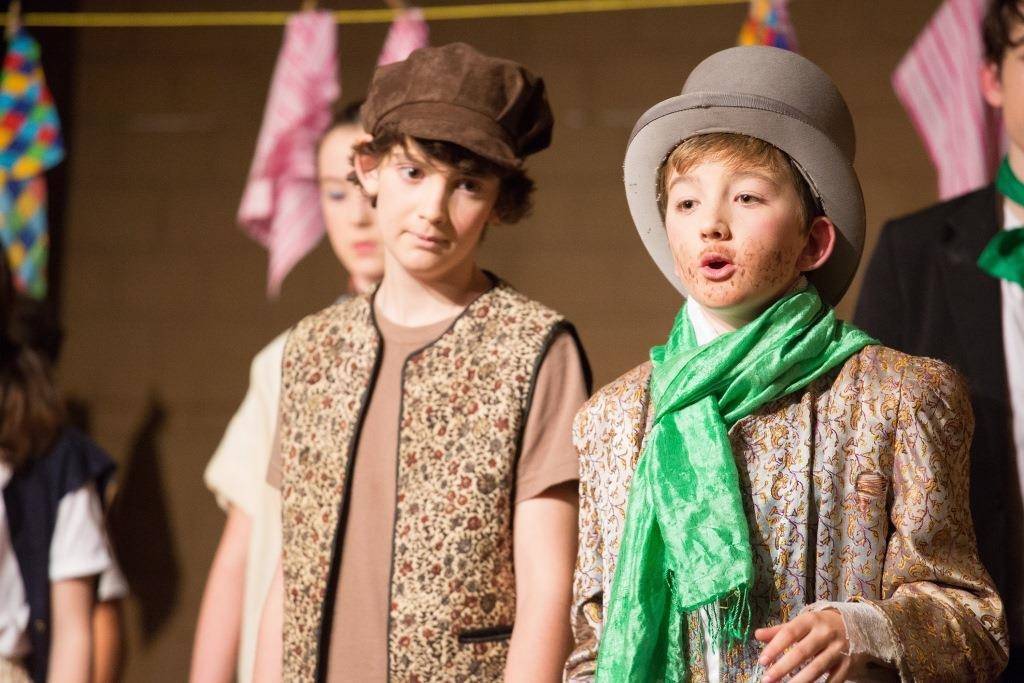 There were some stand out soloists, notably Charlie as Oliver, Louis as Dodger, Matthew as Mr Bumble, Oliver as Mr Sowerberry and Gabriel as Fagin.  Maddy and Eliot acted Nancy’s dramatic death scene with great skill and Nancy’s screams of terror and Bill Sykes’ look of horror as he looks at the blood on his hands and realises what he has done were a fitting end to the play. Cameron played Oliver in Act 2, with great poignancy and sensitivity and Charlotte took on the roles of nagging Mrs Sowerberry and also Bet, singing beautifully with Act 1 Nancy, Lexie, who performed this role with great conviction. Jenny was a confident Widow Corney, Maddy was both Charlotte and Mrs Bedwin, singing ‘Where is Love?’  beautifully.  Sam was a fantastically nasty Noah Claypole, Oliver a kind and benevolent Mr Brownlow, Kit a superb Charley and Felix played Dr Grimwig with great confidence. 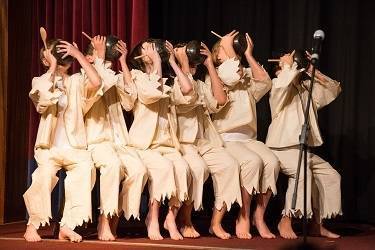 Even the smoke alarm going off in Act 1 due to over zealous use of dry ice, could not dampen the enthusiasm of the cast or the audience! The production was directed by Mrs Mason and Mrs Campbell-John.  The Musical Director was Mr Wardell.  Thanks to all who made the production such a success. It is the final school production for these children as they leave Barrow Hills in June. It is lovely they finished on such a high note.