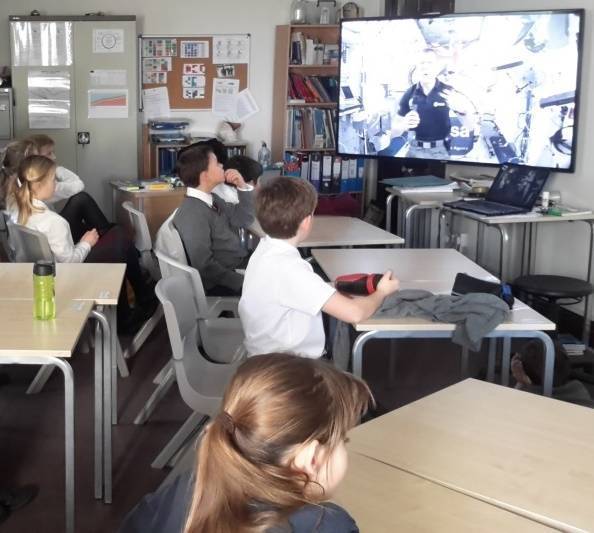 On Tuesday, 2nd February, Middle Prep (Year 5 and 6) were inspired by the British astronaut Tim Peake as he spoke to them and hundreds of thousands of other school pupils around the world live from the International Space Station.

“Just do what you really enjoy doing,” Major Peake told students as he demonstrated how serious science could also be lots of fun.

He was speaking to them from the ISS as it travelled around Earth at 285 miles per minute. During his talk, he crouched down, spun around and touched his toes in order to demonstrate that without gravity it is much harder to stop moving and much easier to do somersaults.

Dr Kevin Fong, a space medicine scientist and television personality, who hosted live broadcast from the World Museum in Liverpool, along with TES, told them why he thought space held such a fascination for children. “Space is about their future,” he said. “It gives them a sense that anything is possible, which is really what you want to encourage children to think – that they can move into this future and create it.”

A wonderful event that brought science and space to life. If you would like to watch the full lesson please click here. 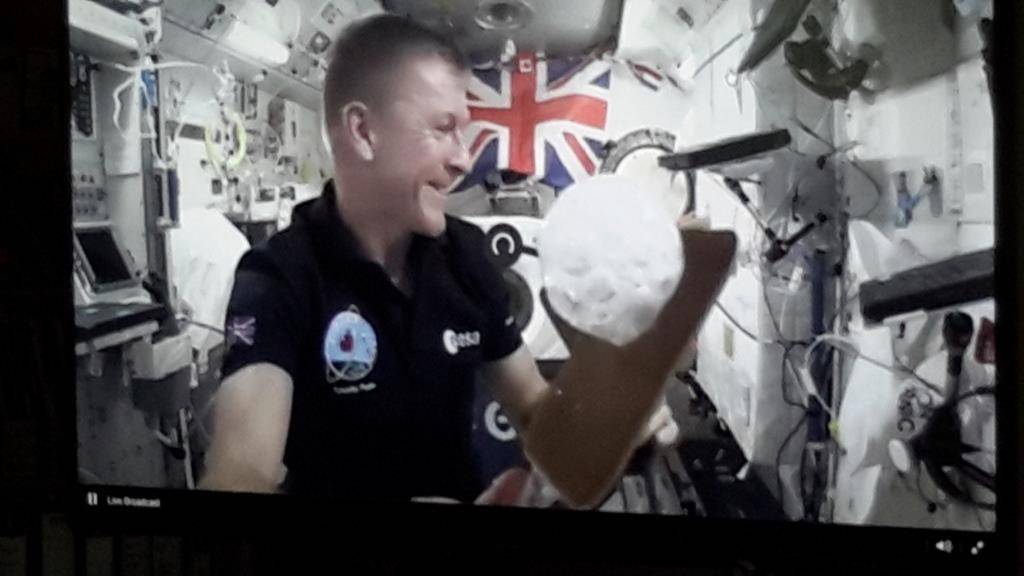 We are also lucky to be taking part in the very exciting Rocket Science mission working with the Royal Horticultural Society’s “Campaign for School Gardening”. 2kg of seeds are currently being looked after by astronaut Tim Peake up in the International Space Station for the mission where conditions are of course quite different to here on planet Earth. Our so-called “rocket seeds” are due to come back to Earth in March and will be sent out to Barrow Hills after the Easter holidays. When we receive them we will be running experiments to compare them to normal seeds and see if micro gravity in space can affect the growth mechanisms found in seeds. In the meantime, we received a very special message from Tim Peake himself up on the International Space Station! Click here to see the video and don’t forget to follow Tim’s Facebook and Twitter pages.

The seeds are back!

At 04:26am on Tuesday 2nd March, Commander Scott Kelly of NASA and Russian cosmonauts Mikhail Kornienko and Sergey Volkov of Roscosmos landed safely back on Earth in Kazakhstan.

The seeds then travelled with Scott Kelly to NASA inHouston on a charter flight from Moscow, Russia and returned to the UK on Thursday.

The team are now getting ready to pack them up so they can be sent to Barrow Hills with the Rocket Science experiment pack in April!

Having received the seeds on 21st April the children have planted the seeds we received from the ISS. We will now have to wait to see if the rocket seeds germinate; we will send regular updates of the measurements we take. The experiment will be finished by May half term.