The Science Fair on Monday 14th March was a tremendous success. Thank you to all the children (and parents) for the enormous amount of hard work and creatively that went into the project work. The winners were:

There were amazing experiments, there was a coke bottle exploding!

“My favourite part and was looking at how the bread moulded.” James

“My most favourite part of the science fair was when the trophies were given out.” Holly

“It was full with science, it was really exciting and Year 3 did an experiment about forces called thrust, drag and weight.” Theo

“Year 3 did paper aeroplanes and we had groups of weight, style and length. We tried to find out which one of the groups plane flew the furthest.” Alexander

“It was nice and shiny and multi-coloured slime.” Sarah

“The most amazing part of the Science Fair was the experiment about how long homemade bread takes to mould. In the end it took fifteen days.” William 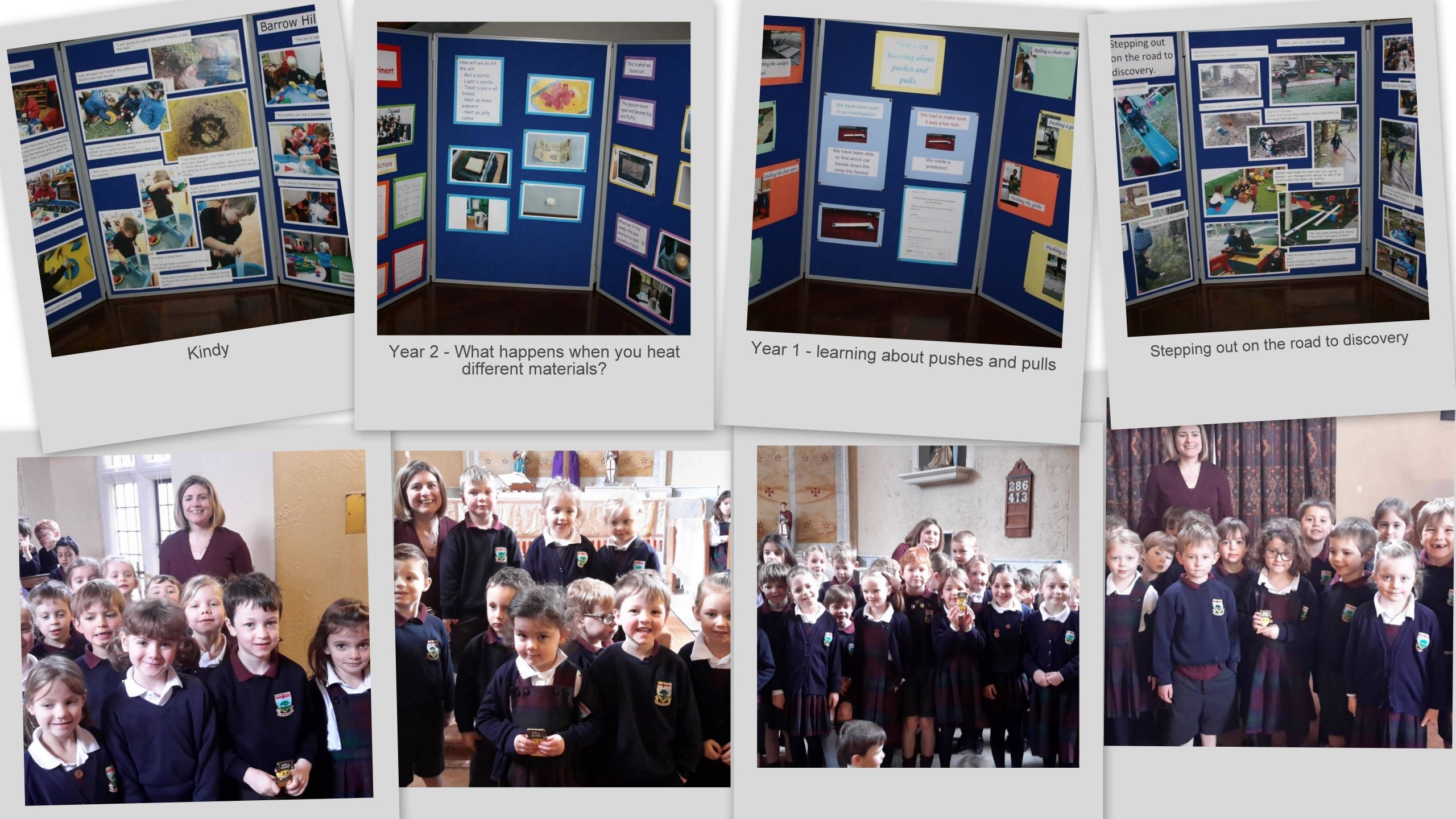