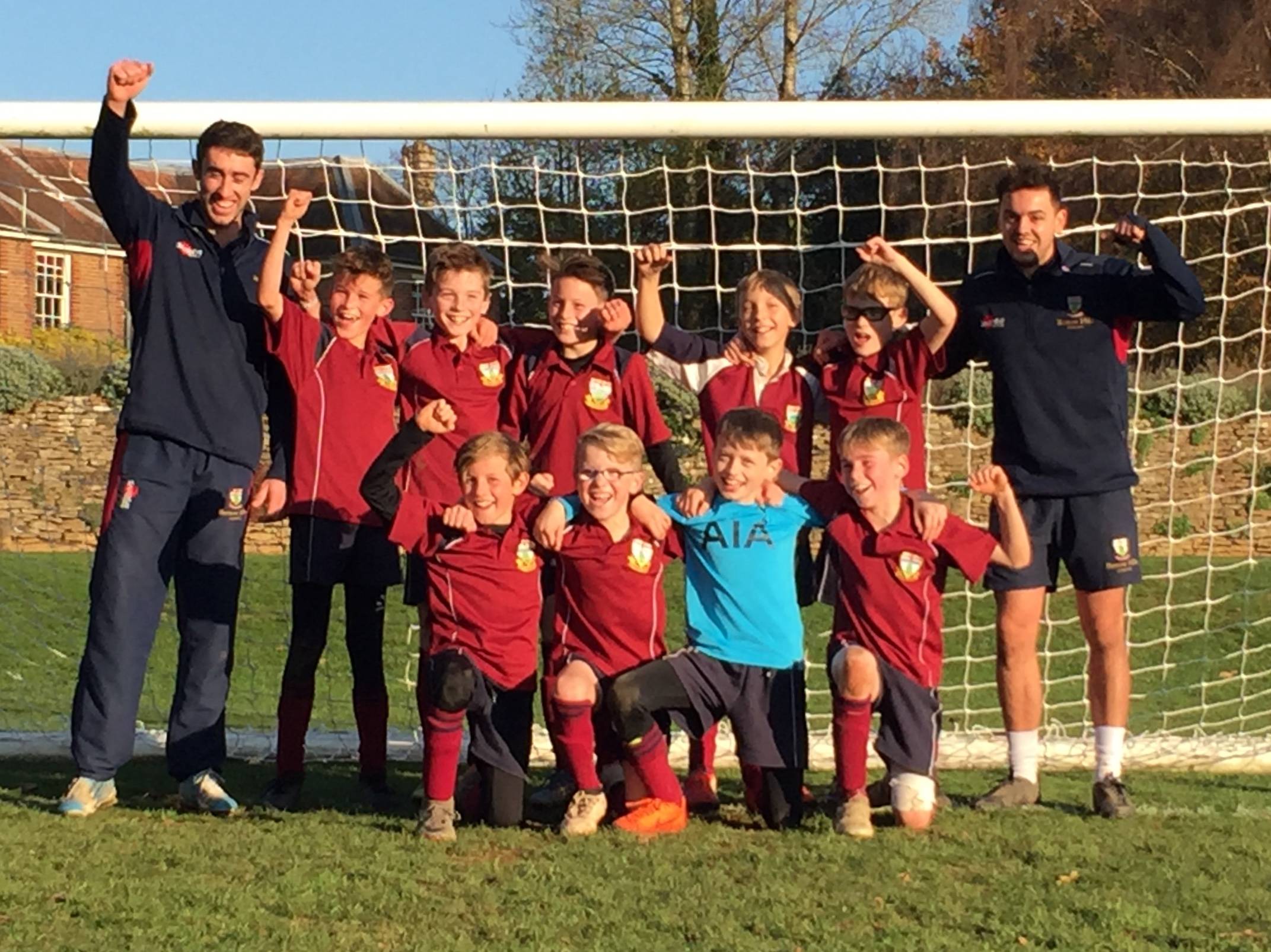 England may have been knocked out of the World Cup earlier this year but for Barrow Hills, it was certainly a case of ‘football’s coming home’ as the team was crowned 2018 champions in the U11 Surrey Prep Schools Football Cup last weekend. The U11 squad travelled to Charterhouse to take part in the competition final which involved 28 Surrey schools and the sweet taste of success followed a very exciting game against Chinthurst.

The match represented one of the most competitive finals ever with both teams battling hard for the coveted title. We took the lead half way through the first half and with the score remaining 1 – 0 until half-time the outcome for either side hung in the balance. Chinthurst came close several times during the second half hitting the post twice but, at the final whistle Barrow Hills’ single goal secured the School’s victory.

Delighted Barrow Hills coach, Jonjo Conway, commented, “The boys put in an amazing performance. Not only did they show resilience and determination by working so hard in the face of strong competition to maintain their initial lead, they played brilliantly as a team and demonstrated excellent sportsmanship throughout the championship. Well done to all the children who took part. The whole School is extremely proud of what they have achieved.”