Barrow Hills School > News & Events > Bulldogs are through to the Nationals!

Bulldogs are through to the Nationals! 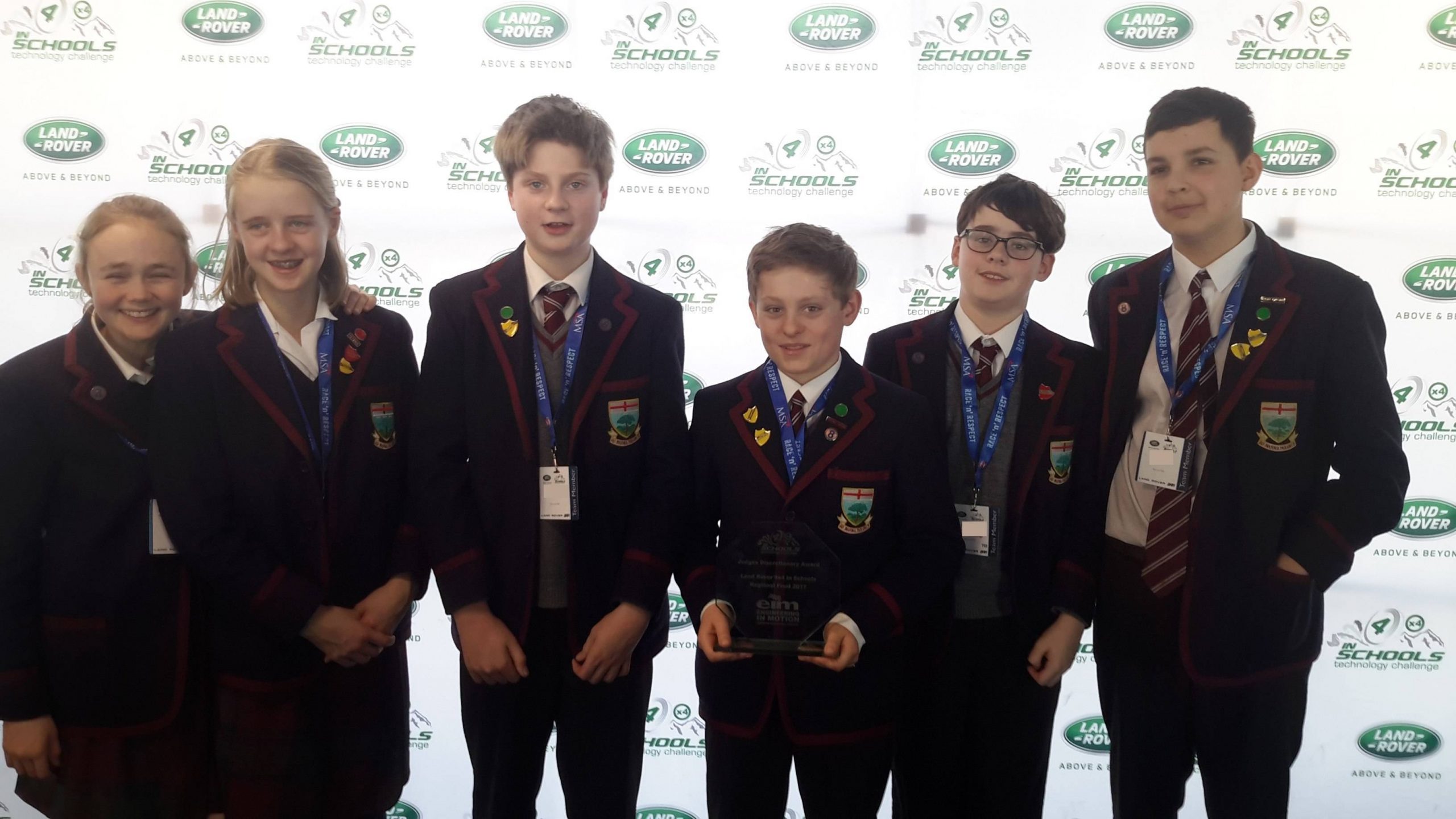 A wet and windy Monday this week saw six Year 8 children accompanied by Mr Fisher and Miss Crathern leaving at the crack of dawn in a minibus, to get down to the Land Rover Ben Ainslie Racing HQ in Portsmouth, for the Regional Finals of the prestigious Land Rover 4×4 In Schools Challenge.

For the past term and a half this group of Year 8 children have been busily designing, building, modifying and rebuilding a Radio Control 4×4 model to take on a series of challenges thrown at them by some of the most astute engineering brains from Land Rover. 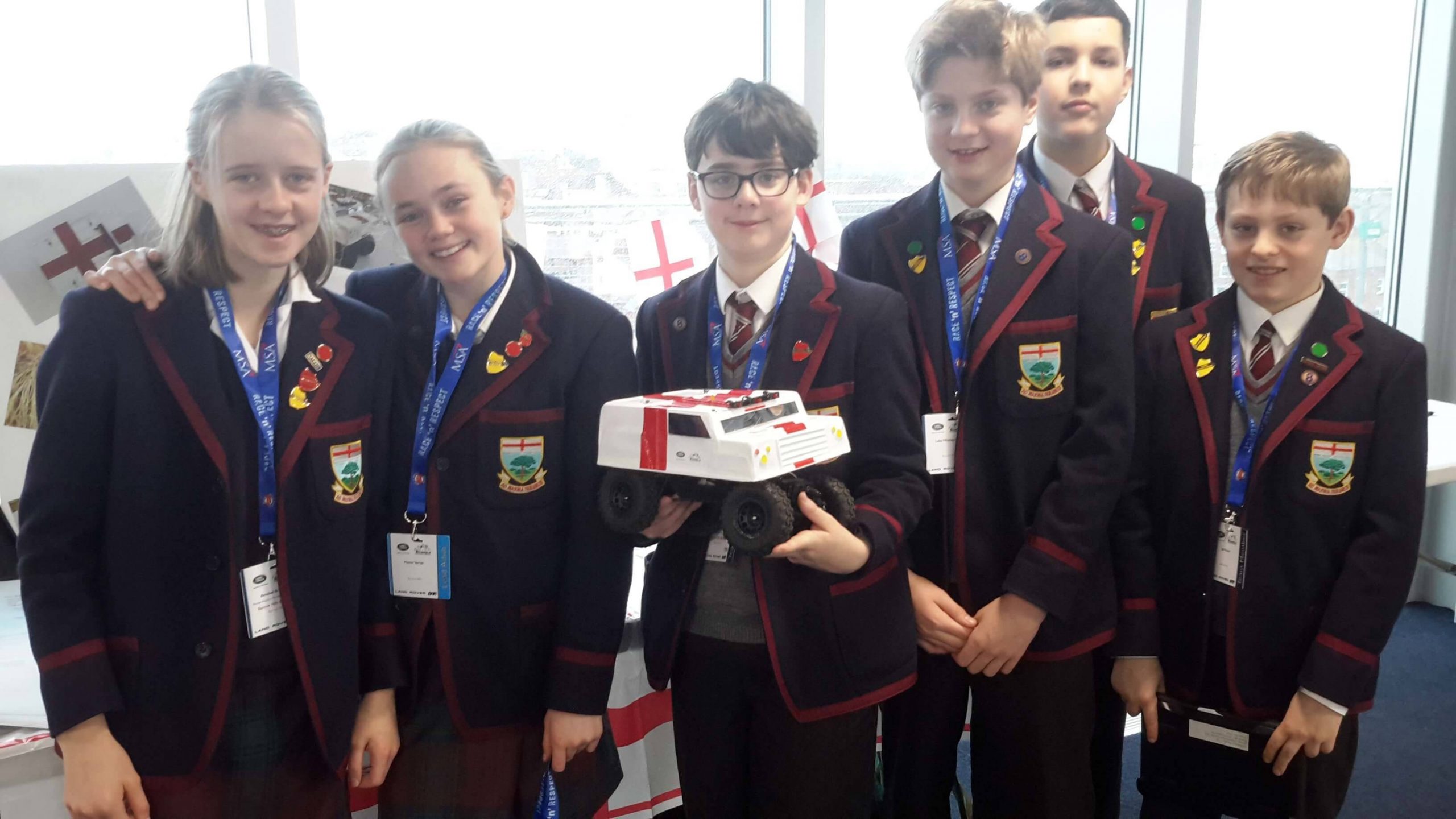 After a very professional day of engineering scrutiny, interviews, pit displays, presentations, track tests and trailer towing tests the team were left exhausted, but having had immense fun. Thrown into the deep end of the executive world of the automotive engineering industry the Year 8s performed admirably and showed just what great children represent us at Barrow Hills.

As the youngest participants at the event they had done very well just to get there and were up against senior schools, sixth form colleges and tech colleges, so it was with a due amount of pride and wonderment to listen to the announcement that the Barrow Hills Bulldogs had gained the Judges Discretionary Award and had made it through to the National Finals at Silverstone Racing circuit on March 28th! 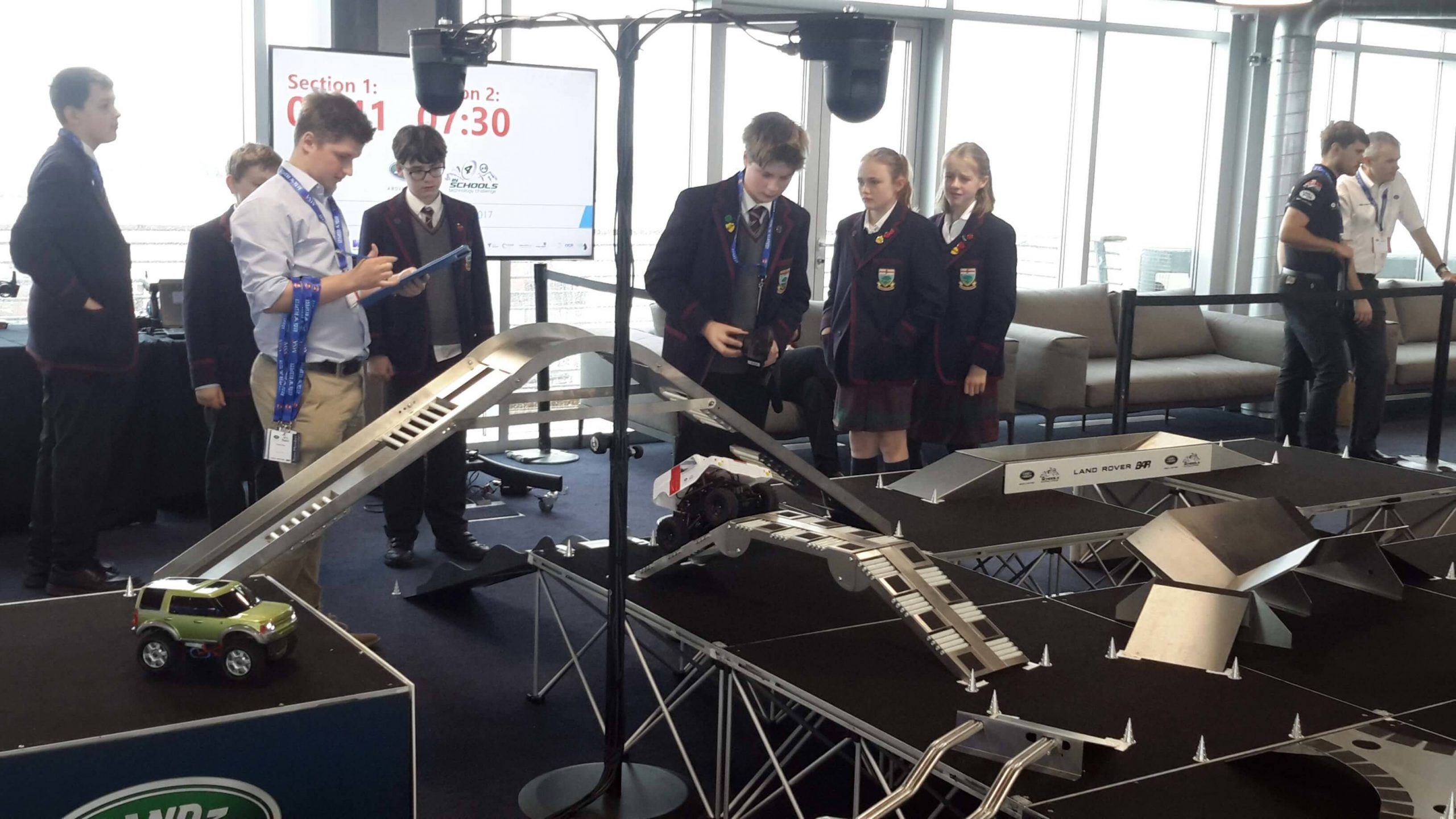 So with another early start planned can they make it through to the World Finals?! 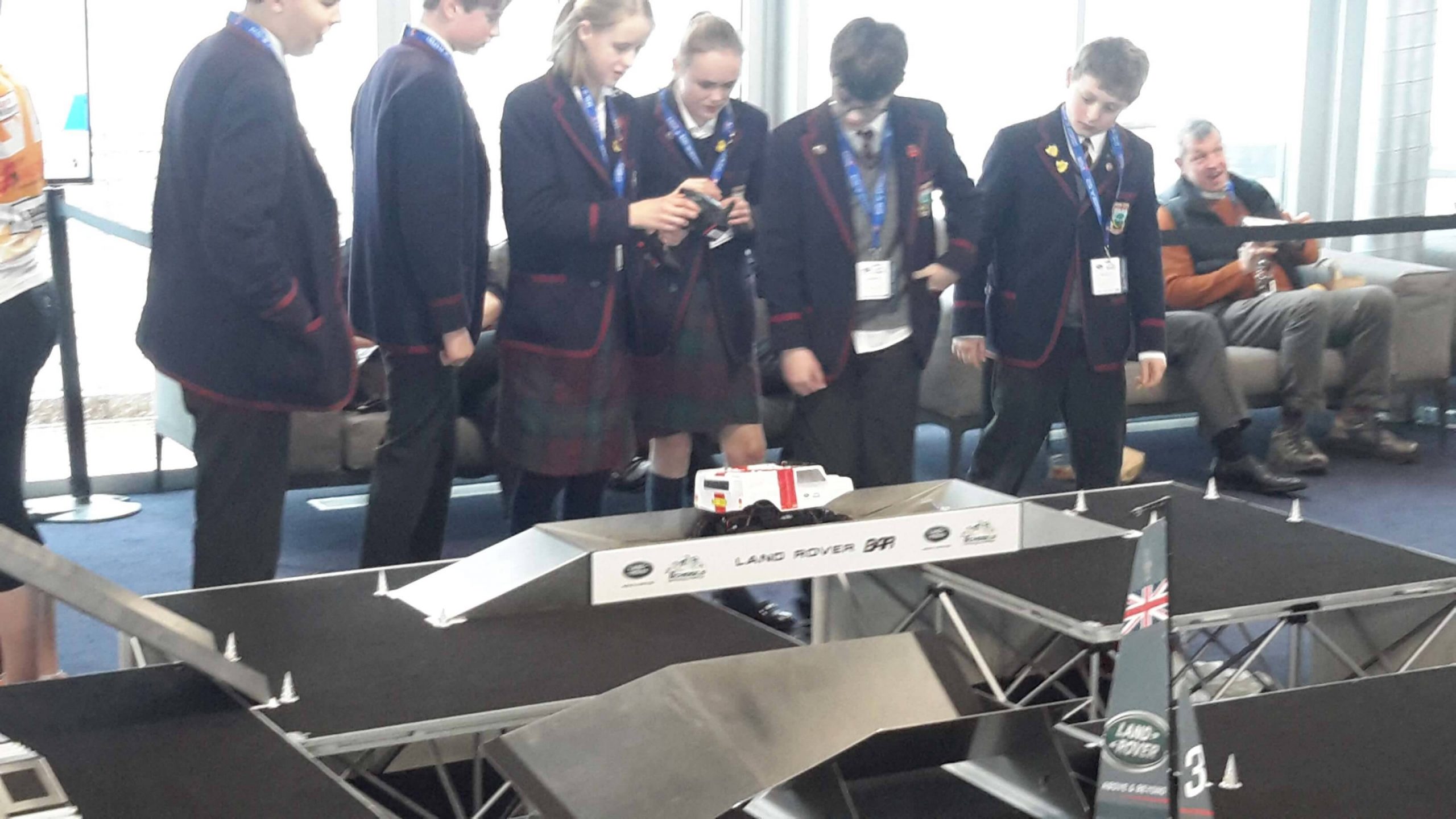 If anyone would be interested in sponsoring or helping the team (they have already had some engineering help from Intertek, and they know they will be getting some great press coverage from this!) please contact Mr Fisher on ref@barrowhills.org ASAP.