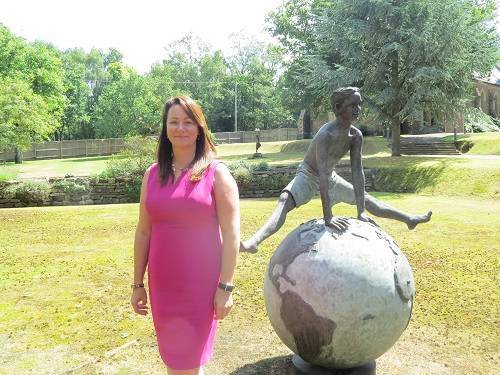 Barrow Hills School and King Edward’s Witley have appointed a new School accountant who will work across both school sites.

Teresa Basi, who lives in Walton-on-Thames, joins the schools with extensive accountancy experience having previously worked in a variety of roles spanning the commercial finance, risk management, charity and government aid sectors.

Mrs Basi, who qualified in 1993, will be taking up the full-time position officially in September, splitting her time between King Edward’s Witley and one day at Barrow Hills. Her responsibilities include managing the accounts function at both schools and providing financial support to the Headmasters, the trustee body and the Senior Management Teams.

The shared role is indicative of the benefits outlined in the original merger of the two Witley Schools in 2015, when it was confirmed that one of the many advantages of the Schools coming together under King Edward’s Witley trustee body (Bridewell Royal Hospital) was the ability to profit from economies of scale without compromising the ‘family feel’ that permeates both Schools.

Commenting on her appointment, Mrs Basi says, “This position represents a dramatic departure from my previous predominantly corporate roles and I’m really looking forward to working in such a busy, progressive environment. I’m confident that my previous charity experience will stand me in good stead, and I’m delighted to be based in Witley – I definitely won’t miss the daily commute to London!”