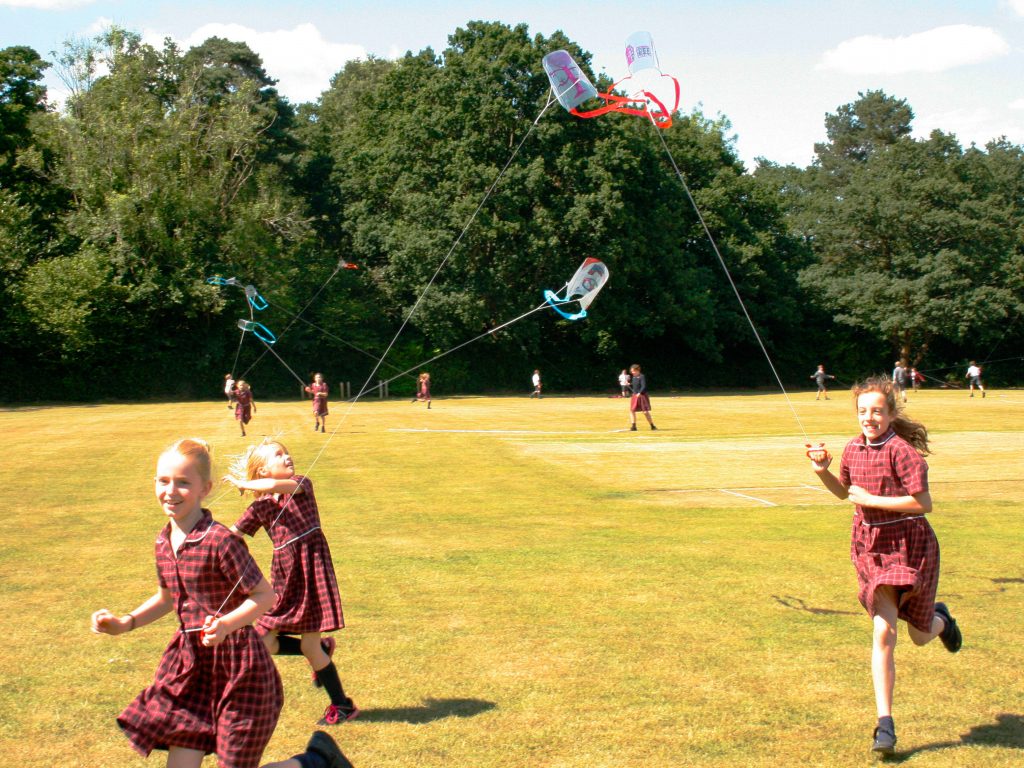 On 22nd June 2018, Middle Prep learned the art of creating and flying kites at a unique interactive workshop. Under the expert guidance of Malcolm Goodman, a.k.a. ‘The Kiteman’, children were helped to hone their kite flying technique, which involves developing hand-eye coordination, kinesthetic awareness and gross motor skills. They built and decorated the kites before taking them outside for the maiden voyage, holding on tight to the string as they watched their creations take flight and soar across the sky.

Michael Goodman is responsible for introducing thousands of people, both adults and children, to the joy of kite flying through his dramatic kite displays, workshops, festivals and kite clubs. Driven by his passion, which started thirty years ago when he visited a kite festival in San Francisco, his mission is to share his joy of kite flying with as many people as possible. Participating at festivals all over the world, he has also been involved in radio and tv programmes on the subject.

Mr Goodman says, “Kite making is a cross-curricular activity and an enjoyable way of learning about science, art, maths, history, geography and also different cultures. Kite flying is now one of the fastest growing pastimes/sports in the world. By following a few simple rules of dynamics anyone can make and fly a kite.”

The children watched Mr Goodman assemble a display of his own kites from around the world, including Chinese, Japanese, octopus, dragon, birds and multi-cell kites, as well as a 5-metre high friendship kite. In addition to the demonstrations, Mr Goodman presented a film about kite festivals, including a brief history as well as instructions on the safety requirements associated with kite flying.

Mr Goodman added “Most still regard a kite as a children’s toy and know very little about its origins and fascinating history”.

The children learned how kites have been in existence for nearly 3000 years and have given pleasure to millions of people over the centuries. They have also been used for religious and ceremonial occasions, fishing, man-lifting, life-saving, signalling, pulling vehicles and experiments of all kinds. The children were amazed to hear how, from its humble beginning, it was the kite which led to the development of one of mankind’s greatest inventions, that of the aeroplane.

Mr Andrade said, “The children thoroughly enjoyed the day. We had perfect weather conditions for kite flying and every kite flew successfully. They loved the challenge and thrill of getting the kite up into the air and the task of keeping it up in the sky. It was good to see their pride and amazement as they mastered a new skill.”

start your journey today
We would be delighted to welcome you to Barrow Hills. Please complete our form and we will contact you to arrange a mutually convenient appointment for a tour of the School and to meet the Head.
Arrange A Visit
WE ARE
PREPARED
for GREATER
THINGS
Get Directions Make an Enquiry
This site uses cookies: Find out more.
BH@Home News